Fuelsim – Average is a relatively simple, but useful, mass, volume and energy balance spreadsheet written in MS-EXCEL for continuous combustion processes, but can also be used for other thermal conversion processes where solid fuel is converted to a fuel gas mixture of O2, CO, NO, NO2, UHC (unburned hydrocarbons), SO2, N2O, H2, NH3, HCN, Tar, CO2, N2, Ar and H2O. The fuel can either be a solid fuel or a fuel gas, and the oxidant can either be ISO 2533 Standard air, with a user defined relative humidity, or any gas mixture of O2, N2, CO2, Ar and H2O. 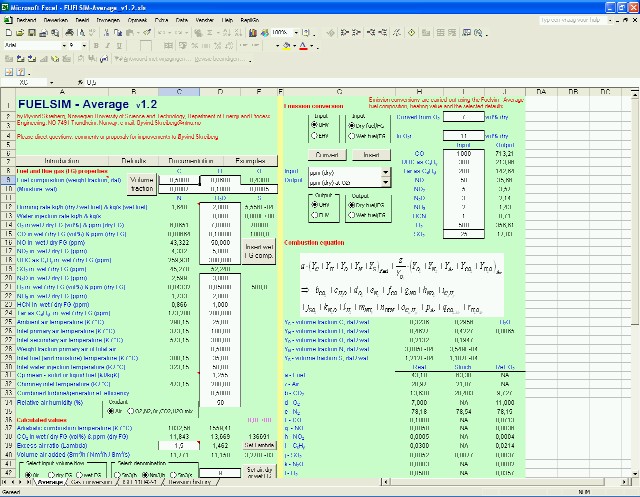 Version 1.2 is the latest update, see the revision history included in the spreadsheet for further details.